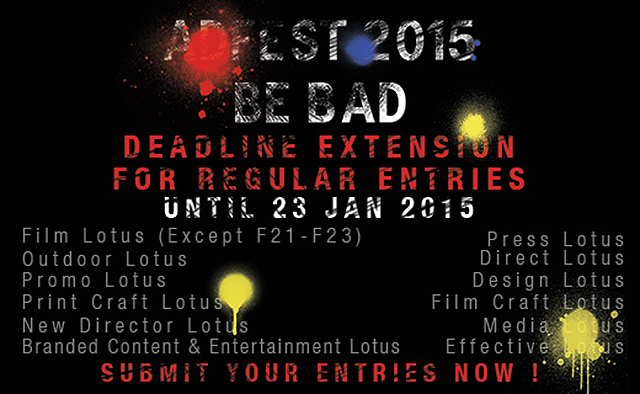 Due to popular demand, ADFEST has extended the entry deadline for this year’s Lotus Awards until Friday 23rd January. This deadline extension applies only to the following Lotus categories:

“After receiving many requests from agencies and production companies asking for a longer deadline, we are happy to announce we have extended the deadline one more week,” says Kem Suraphongchai, ADFEST Festival Director.