This was the advice given by an executive producer of a post house in China.

He had been telling me about one of his first projects in China—a commercial following a car through the streets as wheels jump off other cars and chase the brand car because they all want to be on that better car—and how he received an endless stream of notes from every member of the client team. “All of a sudden everyone is like a wheel acting director. ‘Could we have that wheel there?’ ‘Maybe they could be like a pair?’ ‘That wheel is too close to the wall. It looks like it’s going to hit.’

“And I said, ‘Sure, but we have to lock this information down so we can get rendering.’

“Then someone said, ‘Maybe the wheels should be in more of a 4-wheel structure. Because wheels are used to being in that alignment. By nature they don’t know how to roll any other way.’”

He told me when he began his career as a low level worker at a post house in Australia he would never make comments in meetings. “Only the people at the top talk and everyone else just listens. And I don’t know where that’s got lost here [China]. Junior account managers—they’re really just kids—and I don’t know where this idea comes from that you can just blurt out anything.”

I asked if he had developed a strategy over the years for locking down information and reinforcing the quality of his work. “Just start clapping. If you start clapping, the next one claps, and before you know it everyone is clapping. It’s really hard to give a bad comment after a clap. If I’ve got a strong EP on the production side, we work together on this. They start clapping and I start thanking them.”

He gave the example of color grading being the most subjective thing in the world. “The only way you can finish a color grade is by saying ‘it looks great’ enough times to convince yourself. Is it done? It’s never done. A good colorist needs to know when it’s good, and then when to start to reinforce that it’s good, so that everyone starts to feel, yeah, it is good. It is good.

I was on set of a car brand commercial and the European editor told me the biggest difference between working on a TVC in China versus the West: “In China there are too many people who need to give approval and nobody wants to make a decision. It’s difficult to lock things down. “

He told me the major problem is the client makes the final decision in China, even though “An engineer isn’t an expert on film or advertising.”

If an auto engineer can assume the role of filmmaking expert, maybe filmmakers should assume they’re qualified to build a car. I would love to be in a PPM and hear a director tell an engineer client, “Have you considered adding wheels to the roof, so if the car flips over in a high speed chase it can just keep driving? What about a parachute? Or lasers?” 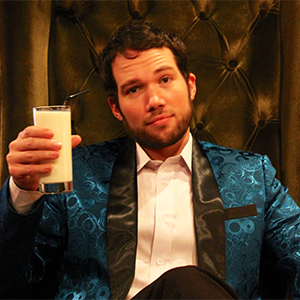 A columnist for Time Out Shanghai magazine and contributes to the Huffington Post Comedy page. Paul’s humor blog, www.thegoodgreatsby.com, has been featured five times on WordPress.com’s Freshly Pressed page as the best of WordPress blogs. Paul also performs as a stand-up comedian. He makes his home in Shanghai, China.