The Shanghai-born and produced film ‘Metalepsis’ is both a stunning execution of bullet time filmmaking and, more importantly, a telling example of what can be accomplished when a passionate team of skilled professionals pull together in support of a clear creative vision, purely for the love of great filmmaking.

Lebailly would bring to the project an assortment of raw cosmetic materials including brightly colored powders and liquids of varying viscosities.  Evans brought in established Australian beauty photographer Justin Cooper.

Evans explained the process of deciding how to employ Lebailly’s products, “We explored all kinds of options – a print installation, layering cosmetics over printed materials – but Justin was really passionate about doing a video and I was keen to do something new.  We decided to see how far we could push the materials.  It was definitely an exercise in visual creativity.” 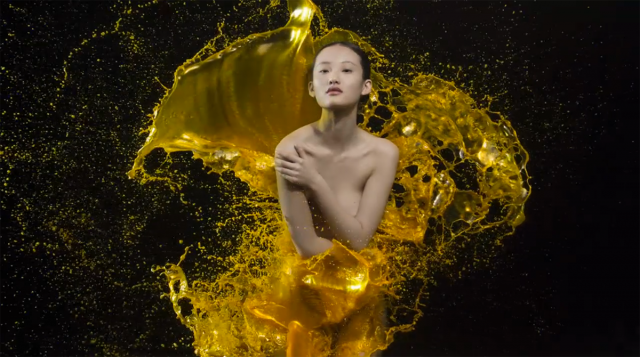 Evans and Cooper, both experts in print photography but relatively new to video, were stepping outside their comfort zone. Understanding the technical challenges ahead, and aware of the post-production requirements, Evans called old friend Steven Marolho, GM of MPC Shanghai. Marolho was enthusiastic from the out-set, “it was always about getting the most value for the director. Nurturing directorial talent has always been a huge part of our business.  It’s great to support someone who has been so successful in print transitioning into moving image.  It felt like the kind of industry support gig that I was used to.”

The MPC Shanghai studio strives to support clients and agencies from the earliest stages of projects, to ensure efficient planning and a smooth execution.  As such, Marolho came in as a pre-shoot consultant, “our job was to ask what they wanted to do creatively, and help them understand what they would have to go through in post.”  Evans stressed the value of having such experience on the project, “[MPC] really added a lot by being there to consult with in the pre-shoot days.  Those extremely knowledgeable insights before the shoot probably saved us from making a few costly mistakes.” 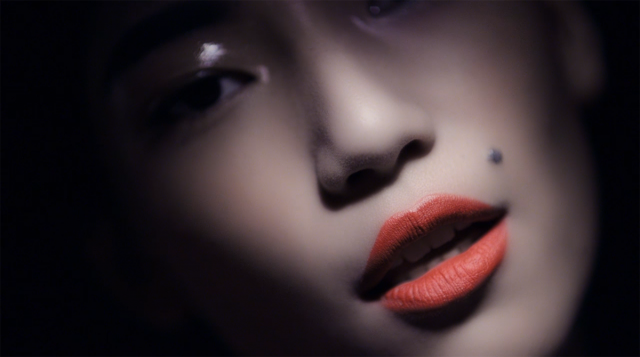 Evans assembled an all-star crew, including renowned local editor TH (Teng Hui), a clutch of gorgeous female models, and Shanghai and Melbourne-based high-speed camera effects experts, the Splice Boys, aka Richard Kendall and Tom Brandon.  The band was coming together. Marolho summed up the mood; “it was a combination of professional creatives collaborating to execute an idea because they all believed in it.  Everyone was in for the passion”

The first major consideration was figuring out how best to control the movement of the cosmetic materials.  “We tried everything’, explained Evans, “we had hydraulic catapults, various tubes that would project the viscous liquid and a little overhead waterfall.  Sometimes the pressure wasn’t strong enough or it would miss the target.  At other times we’d just take a little silver mixing bowl, swirl it around and throw it onto the model.” 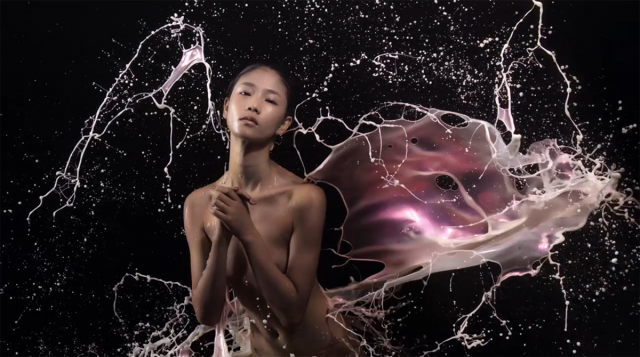 After only a couple of days of experimentation and preparation, the shoot took place across one 20-hour day at Central Studios, involving 75 cameras in total, and a Phantom Flex 4.  Splice Boy Tom explained their approach to shooting bullet-time,

“We basically had two rigs set up – a fixed camera rig and a 25 camera rig mounted directly above it with different lenses, so we could get double coverage in the same take.  The shots in the final cut are all very high speed flash frozen. You need super fast flashing to freeze all the liquid. We used big studio flashes to freeze the motion and get that really crisp frozen feel.”

Working with two rigs necessitated a different process. Brandon explained, “it was different with the triggering, especially with the aggressive stuff, altering the firing. As the larger rig was firing down the line, then the smaller rig was firing in sync, so you’d get the right coverage in the right points.” 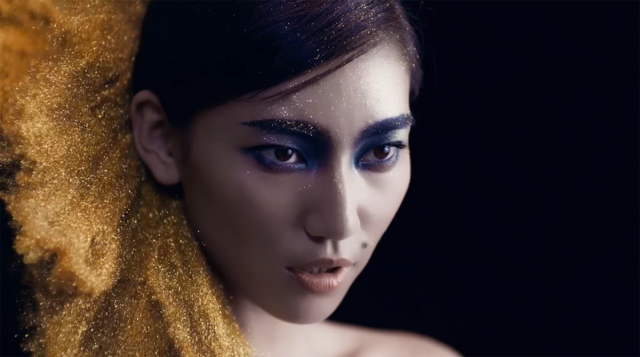 Despite positioning a plastic pool in the ‘drop zone’, the large volumes of liquids and powders being repeatedly projected onto the set meant that by the end of the day everything, bar the cameras, was caked.

The mood on-set was creative and highly collaborative. Though there was a sizeable shot list, Cooper’s directing was liberated, uninhibited by 3rd party pressure or client restrictions.

During the copious reset breaks, during which models and set were cleaned, MPC was on-hand to offer support and advice. With time splice cameras on both sides, much of the guidance involved understanding the media management. After the shoot, the offline edit was a collaborative process between director, editor and post house, ensuring that selected shots would be manageable in post.

The major challenge from then was to stabilize the time-splice footage. With extensive experience working with the technique, MPC are well versed in the smoothing and image stabilization process.  The team did a 3D track of the shaky cameras in Nuke, projecting the images on cards and re-shooting them with a smooth 3D camera. The color flickering was fixed in Resolve by lead colorist Vince Taylor. The Phantom Camera that was used on the shoot had a few dead pixels on the sensor, so a matte was made of the dead pixel locations, and the surrounding pixels values were averaged to replace them. This was then applied in bulk on top of all the Phantom plates 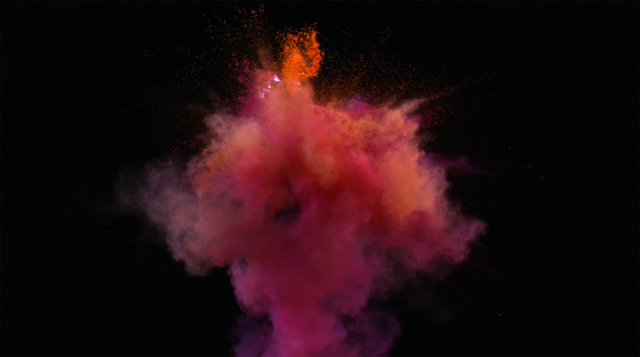 With regards to time splice, Marolho again emphasized the importance of thorough planning, stressing the value of early approval of the rig and explaining how they always put in tracking plates to, as he put it, ‘give post a chance.’

‪The task was then primarily beauty work and retouching. With a three-and-a-half-minute offline edit to contend with, the biggest challenge with handling so many shots was time. In-keeping with the spirit of the project, MPCs entire core 2D team stayed after hours to help on the beauty shots, completing all the retouching work in just a couple of hours.

Evans expressed the joy of seeing all the elements come together in service of Cooper’s direction,  “It was really a chance for Justin to just fulfill a vision, not working for a client. Working with beautiful girls, amazing effects, fantastic cameras, a brilliant post-production house, and a committed team. Everyone was so supportive.  It was a marvelous experience to work with all these great people.”

Marolho also paid tribute to Cooper’s directorial vision, “his idea was really strong, and he really saw it in his head.  It’s moving print.” and the spectacular outcome, “It’s a wonderful show of slow motion with beautiful images.  It’s non-stop glory shots.’

He summarized, “MPC were very happy to be involved in the production. In fact, we haven’t done anything new.  We brought our expertise and our craft, but the project itself had a different flavor to the norm in Shanghai, which was great for everyone involved” 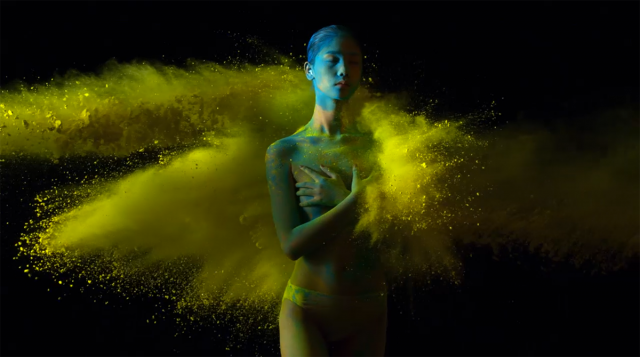 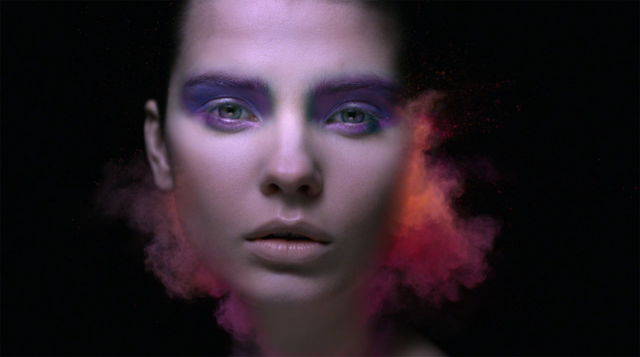