During Covid, big brand product launch events have become more reliant on films instead of live event presentations. The new OnePlus 9RT mobile phone and OnePlus Buds Z2 launch is no exception with the brand releasing a 13-minute secret agent themed film to showcase the two new products and their features in an entertaining and informative way.

The client direct film was produced by Sweetshop Shanghai office but shot in Kiev with the help of production service company The Martini Shot. SHP+ talks to the writer & director Sebastien Guy about how this great project came together. 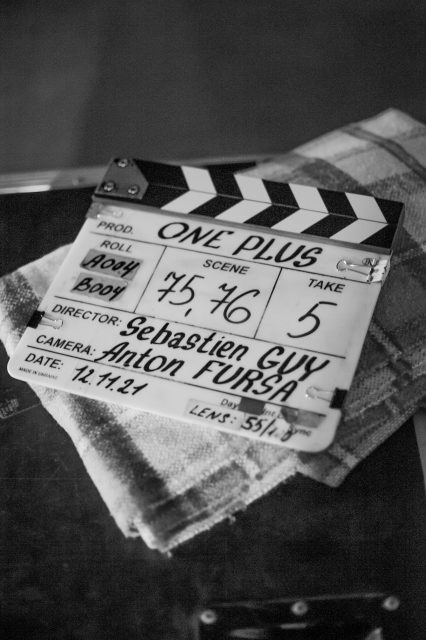 SebGuy: The script focused on a lab technician that was doing various tests on the phone and the ear buds. Within those tests, the audience was given all the specs and feature information on the products. They also wanted to show the phone from a first-person point of view and give it a personality. When I was approached, I asked the client if I could give the film a rewrite. They agreed, as long as I kept the lab technician performing a few tests and showcased his determination of never settling for less than the best and that we also maintained the phone’s POV giving it a personality and voice.

SebGuy: The biggest challenge I had with the brief, was how do I make a lab test on a phone be visually exciting and entertaining? So, I tried to think of other examples of films with lab technicians and of course the coolest one I could think of was the character Q, in the James Bond films. And from that, it gave me the idea of creating a secret agent, James Bond style film where the characters use the products on their mission. It pretty much came together quite quickly and easily from that point on and the clients liked the idea. But I still needed to find ways to incorporate over a dozen product features within the storyline in an organic way that made sense to the plot, while keeping it engaging and yet still be informative on the two products.

SebGuy: As a director, you are always in some ways writing or enhancing a script. That’s your job, to make it better than it is on paper. So, you add a scene, a shot or change a location or add in emotional moments, etc. But it’s rare you get to completely write a commercial and I am thankful to OnePlus for entrusting me with that opportunity. In the past, I’ve been lucky enough to have been able to do this a countless time. Especially when it comes to dialogue-driven commercial films. I’ve also written and directed a feature film, so I think I understand how to tell a story. Because of my past experience of writing on various commercials (even for some that I haven’t directed), I have found that clients trust me when it comes to writing. Also, as a director, I understand production, so it allows me to write and create scenes that are feasible to be shot within the budget and production limitations, as opposed to an agency writer, who sometimes writes without considering or knowing the budgets or shooting limitations that might exist. 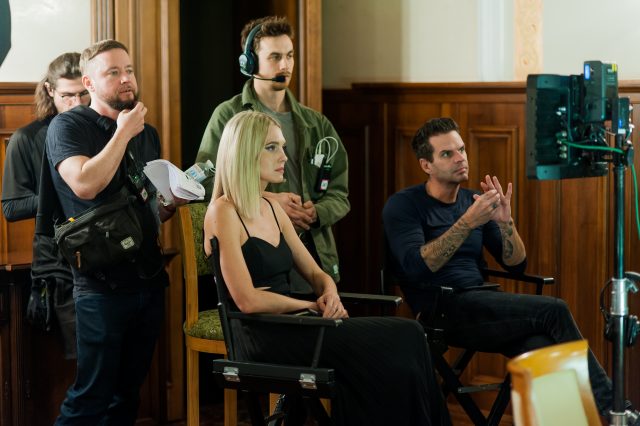 SebGuy: Because this was a 13-minute movie, I approached writing this as a long form film. I wrote in a screenplay format so we could visually break it down as you would a feature film. Meaning, all key heads of departments could clearly see and understand their requirements. But I was the only one that had or could use the screenplay software, so it meant every single change in the script, no matter how small or minor had to be done by me as opposed to someone in production. But in some ways, that was a good thing as it maintained that I was completely involved across every change and every detail that was requested by client or production.

SebGuy: A top young Ukrainian DOP called Anton Fursa. The producers in Kiev showed me his reel and I knew he was perfect. Anton and I got along exceptionally well. I always like working with local DoPs as often as possible, no matter which country I’m shooting. They generally already have their “well-oiled machine” crew that allows them to work fast and efficiently, as they know and understand how it is to shoot in their city or country. The team that we had on this film were exceptional. I can’t praise the Ukraine production and crew enough for how talented and professional they all were. 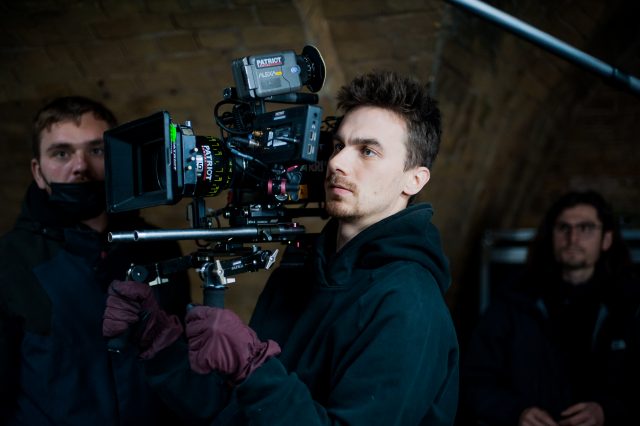 SebGuy: It was probably one of the most fun and relaxed shoots of my career. It was such a collaborative process between the PH and client. Sweetshop was exceptional in giving me the support that I needed, and the producer April Lee was always ensuring decisions were based on maintaining the creative and the story even though there many production limitations. She never lost sight of the importance of the story. OnePlus as client was also one of the best clients I’ve ever worked with. They were completely open to so many great ideas and gave us complete trust. All the way through, their comments and input were always on point and they worked with us to make sure any requirements they had would work seamlessly within the tone and story that we had created. I really have to applaud them for their creative openness as a brand. The film is better because of their insights and input, which is not something I can always say on many other jobs 😉 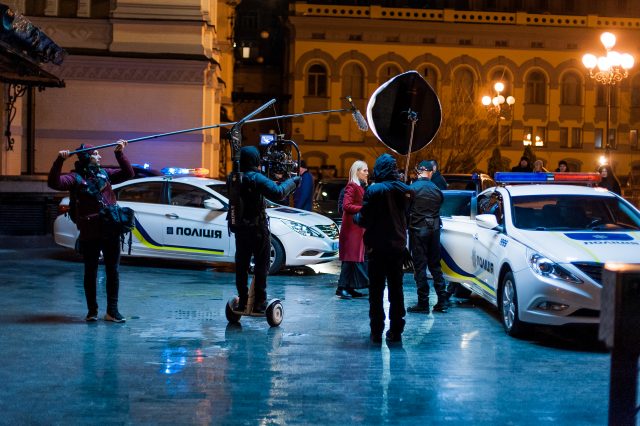 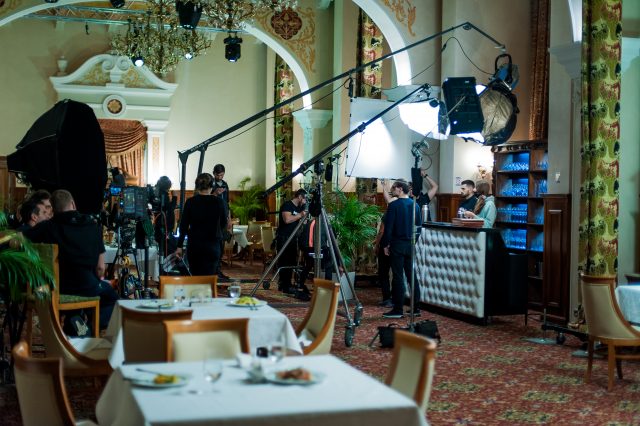 It was a three-day shoot, all shot within the city of Kiev. Two days on location and one day in studio. We cast our actors from South Africa, Poland and Ukraine and I was the only one on set from production and client. The Client and Sweetshop were all on remote. But the Ukrainian producers Tanya Shevchuk and Vadim Dusman were so on top of it all, everything went super smooth. We all had so much fun making this film and I think the end result shows that. I’m incredibly grateful for everyone involved. 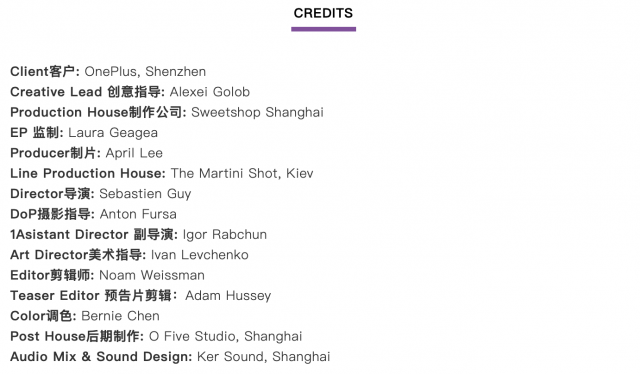 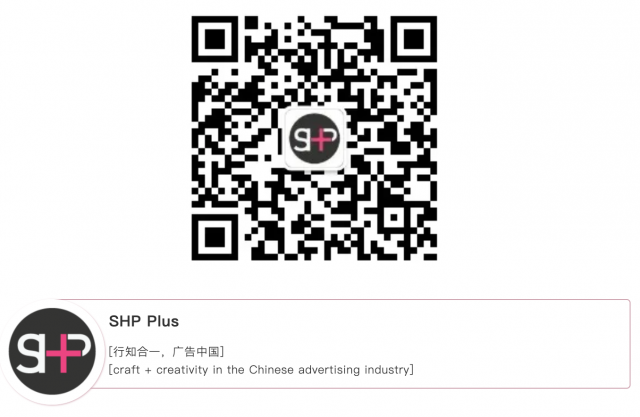