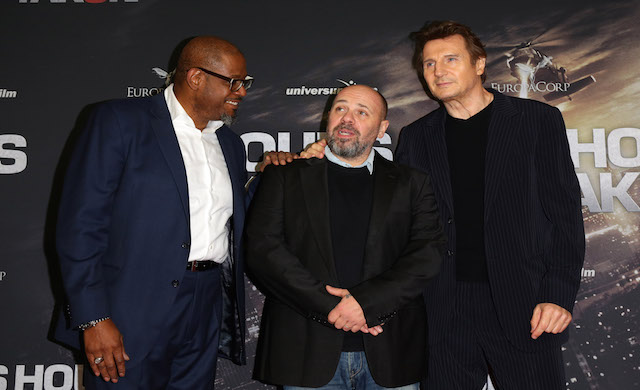 Before becoming one of the most bankable directors in the world, Olivier Megaton was a graffiti artist in a poor Parisian suburb. His name is a pseudonym he chose after discovering he was born on the same day, 20 years later, that an atomic bomb was dropped on Hiroshima. That bomb was only 16 kilotons (o.016 megatons), but the director’s impact on world cinema has been explosive indeed. Since 2011, Megaton has now directed six feature films, including Transporter 3, Columbiana, and Liam Neeson vehicle Taken 2. Megaton was in Beijing to promote Taken 3 when we spoke to him.

SHP+: How is promotion for Taken 3 going?

Megaton : The movie will be released tonight. I was in interviews the whole day yesterday and the day before. Today I will go to theaters to see how it’s going. It’s very interesting to go on the first day and see what’s happening at average screenings. China is the film’s last opening in the world. We released the movie everywhere else, beginning in the US, in January. We released the movie in 80 different countries, and on the first of January it was already in Hong Kong and Korea. They think they’re going to make USD 40 or 50 million here, and then we’ll be close to what we did with the previous one. It’s about 350 million box worldwide. It’s big, yeah, very big.

SHP+ : By opening this late, aren’t you worried that you’ll lose ticket sales to people watching the film online?

Megaton : I’ve been telling Europe that for two years and nobody was listening. They were saying we don’t know anything about the China market and so on. I told them I’m one hundred percent sure piracy is going to kill the film little by little because they can have the movie on the second of January just after the first screening because the first screens will be in Hong Kong. The internal networks are not controllable — you can’t do anything; they don’t have the resources to stop any leak. You’re going to be fucked up. 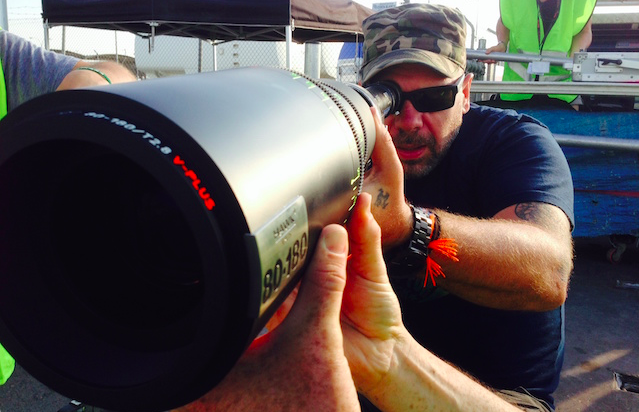 SHP+ : Showing in more than 80 film markets worldwide, how do your movies play differently in different places?

Megaton : When you’re in England they like the fact that there’s a cop in the story and he’s endangering the main hero. They like very much the car chases and so on. When you’re in the US they like very much the emotional sequences. They found it was more mature than the prequel. In Europe and in France they like the fact that it’s different from the two previous films. Everybody’s finding something different. It’s a family topic. Before this series movies were about superheroes, super agents, but there’s no other movie like this that’s just talking about a family. He’s just a father, even if he has some skills, who wants to save his family.

Luc Besson has had serious issues with the MPA in his movies, especially in The Professional. It was the story of this guy, 45 years old, who fell in love with a girl of 12 years old. He had a lot of problems, had to recut the movie, they found it was insane. Every movie he’s producing now is under a big lens for them. They’re very tough with us. I understood this with Columbiana and Taken 3 that we have this special service from them. In Taken they were thinking because the girl was a minor, a teen, and she was to become a whore, it was a very bad for them. They couldn’t buy this. They were fuckers on this. It was a problem for a whole year. They recut the movie 11 times. Finally they had the visa and the movie was released. Everybody has to thank the MPA because I don’t think the movie would have done those numbers a year earlier.

Taken 3 is my fourth major release in the US so now they understand that we are aware of this market and taking care of blah blah blah. I just had one pass from the MPA and that was it.

Afterwards when I made Taken 2 we were trying to figure out why it was this huge success in the US. The story of Brian Mills made them feel they were close to this family. This is the thing we have in common — everyone in the world has a family. It’s a bit like Breaking Bad. When you watch the show, the guy is a chemistry teacher and he becomes the main dealer all over the US just to save his family. You can buy whatever if it’s to save your family.

SHP+ : Does creating films for a global market change the way you make the films?

Megaton :  Unconsciously I’m doing this, but I don’t think about it when I’m doing the movie. When you read the first script, it had “Fuck” everywhere but we are not making the kind of movie where you need to have a fuck every page. I just removed too many things that would make trouble for me later. Another example, there’s torture at the beginning of Taken 3, a corkscrew, I said it’s not possible. They’re always very strict on torture. We found instead that an ex CIA agent could use waterboarding. After filming we found that the CIA had used waterboarding a lot in Guantanamo, so that caused problems anyway.

SHP+ : Taken 3 had a 48 million US budget. Could you ask for more? would it allow you do anything differently?

Megaton : In the producer’s mind when you make a lot of money, the movie after they want to make more money. So their first reflex is to make a cheaper movie that makes more money. They say ok we made this movie last time for 35 million so make the same for 30 million or 20 million. It’s the first thing they think. On Taken 2 we were for a long time the

record for box office in Europe, 376 million bucks profit worldwide. Lucy arrived at the end of the year last year and beat me. They want better but cheaper — it’s something very natural with producers and studios. The actors are asking for more money, all the agents are asking for more money, but you have less money to make a movie — it’s insane.

When I’m doing a movie I need to be sure of the results of the movie. The project may be good, I may like the script and the actors, but if the money’s not there, I prefer not to go.

We are French, working with a French crew so we’re fewer people, working faster. We have special skills to make that kind of movie. They push us because they know we can make movies for three or four times less money than in the US. That’s their way of thinking about the French touch.

SHP+ : Why do you think there’s such a chasm between critical success and commercial success in cinema today?

Megaton : I think it’s two different things. If you want to make money with a movie you just have to say goodbye to the critics. People in the middle of the US or France or Germany or China, they don’t care about critics and they are my audience. If I wanted to have good critiques I’d make something different. You can’t do it and have good reviews in a blockbuster like this. It’s impossible. It does not exist. And what for? For my ego? I’m pretty lucky. I’m from the Parisian suburbs. I was a graffiti artist, and I got here little by little. All my life I had to struggle and to fight against those people because I’m not from their world. I couldn’t speak like them when I was young. I couldn’t think like them and they were jealous because I was painting and making movies and succeeding little by little. I really don’t care. I’m 49 today and my entire life was like this. Believe me that it was always like this so it wasn’t an obstacle for anything. I just had faith in making movies and believed in my creation and that’s it. They don’t make movies, I make movies, so I know what my reality is and they don’t know what it is. I’m not playing in the same play ground. 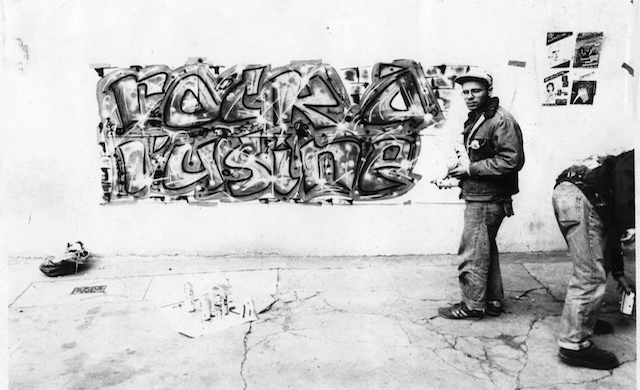 Olivier Megaton was a graffiti artist in a poor Parisian suburb.

SHP+ : JR is from the Parisian suburbs too. He’s popular, but not appreciated by a lot of art critics.

Megaton : I’m not pretentious, I’m not saying that I’m Kubrick, but when you read his critics they were always, always, always killing him. When you read the critics on 2001 and on Clockwork Orange it was awful, just personal attacks. Even a genius of the movie industry was just a scum bag in the trash. Critics just give some good things for your ego, that’s it. When you have to fight and struggle you don’t care because everything you have done is behind you and supports you and built what you are.

When you meet them they apologize about what they write, it’s the worst thing. I never apologize about anything. I make mistakes, I make mistakes. They say oh, well, you know, I thought about it later and I wasn’t hating the movie – I was in a bad mood. I say fuck you. Most of those people are frustrated about not doing my job. They went to movie schools that cost a lot of money to their parents or them and they’re just critics. I really don’t care, I really don’t care.

SHP+: You’ve shot commercials in China before. What’s that like?

Megaton : I like it very much. I shot a car commercial with Nick Cage, and something for BNP, a French bank commercial. I’m working all over the world and I take my French crew with me because they’re very quick and efficient and when I arrived in China I worked with this Chinese crew and I found what I had with my French crew — very passionate, they wanted to learn, and they were working very fast. They are very close to their culture, even in the midst of a technology revolution. In France, even if we speak about our culture, and we’re proud about our history, they are the same. It’s something we have in common, French people and Chinese people. 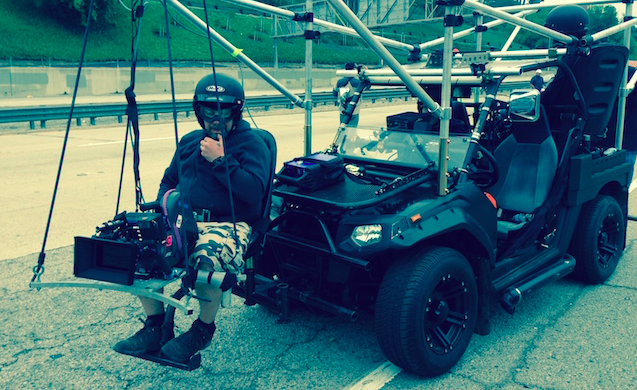 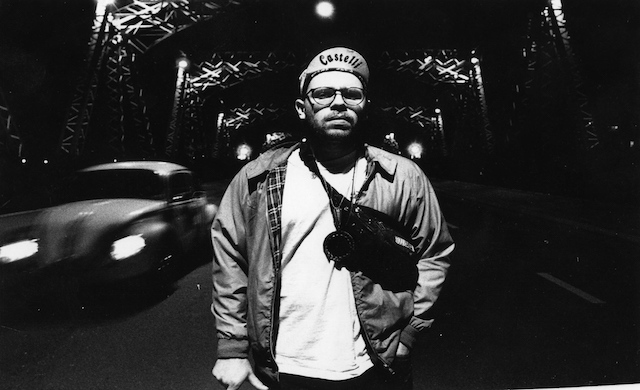 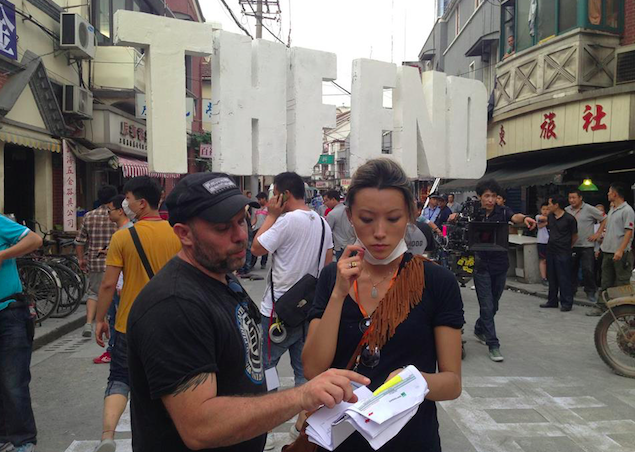 奥利维尔·米加顿在上海拍广告。图片他与摄影师李晓雨在工作中。Olivier Megaton on the set of a commercial shoot with DOP Rain Li in Shanghai.