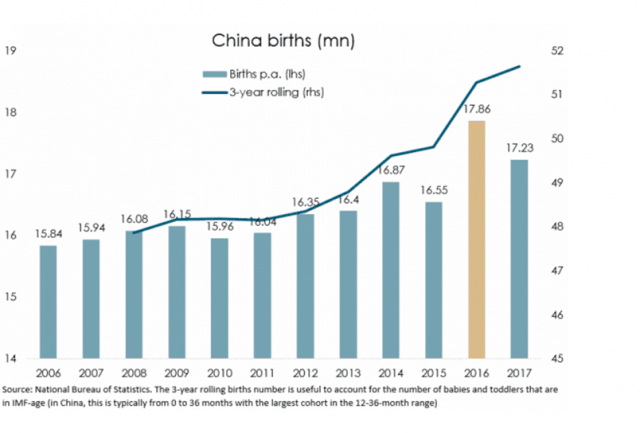 The abolishment of the controversial one-child policy in China is an economic prospect for many child-oriented businesses, especially baby formula.

The 2017 statistics show that 75% of Chinese mothers feed their babies  formula, many of them being forced to use it due to short maternity leaves. Baby formula is a safe alternative to mother’s milk, however its business has had some turbulent moments in China. Ten years ago, a scandal broke out involving a toxic milk and baby formula product infused with melamine which poisoned around 300,000 people. The incident ended up with hospitalization of 50,000 babies and death of six of them. The babies were fed infant formula produced by Shijiazhuang-based Sanlu Group, however later lab inspections concluded that problems existed in 21 baby formula companies.

This has shattered the trust of local products, forever changing the baby formula market in China.  Chinese parents care much more about the quality and nutritional value of infant formula than the price of the product, one research shows. This drives the need for international premium brands and creates big opportunities for them. However, the Chinese market is a special place where every step of branding and strategy needs to be executed with precision, from brand presentation to platform selection. Chinese consumers are internet savvy, and appropriate usage of Internet platforms such as e-commerce, Weibo, WeChat, Little Red Book, etc. is the key to success.

Aptamil is arguably one of the most popular baby formulas, and with their sweet new commercial, they are cementing their status in the country. The rather pricy German brand retails for 15 euros (around 100 yuan) per box in Europe, whereas in China the price is as high as 50 euros (around 350 yuan). The big price gap is a direct result of the numerous scandals involving domestic manufacturers, which allows foreign brands to charge premium prices. 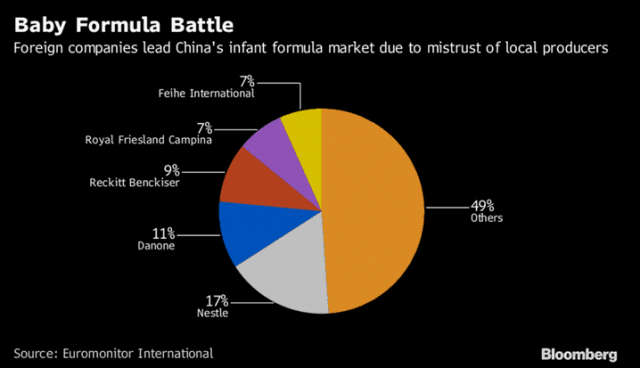 According to Euromonitor, eight out of ten brands of baby formula in the Chinese market are foreign, which is a huge portion of this $20bn market. Since the scandals involving baby formula, we have noticed that big companies such as Nestle, Danone, Dumex, etc are spending large amounts on commercials, employing big agencies and good creatives and directors and often putting the accent on “bio” and “organic”. The commercials are frequently shot in beautiful meadows in foreign countries implying purity and freshness. Brand Dutch Lady states in their commercial “What we give to you, we give to our children”, trying to ensure Chinese parents that their formula is indeed clean since they also give it to their children.

The high demand of foreign baby formula might not be strictly limited to the big conglomerate companies such as Nestle, but China could be a fruitful place for small to medium enterprises who commit to their goal and who learn how to navigate through the complex China market.